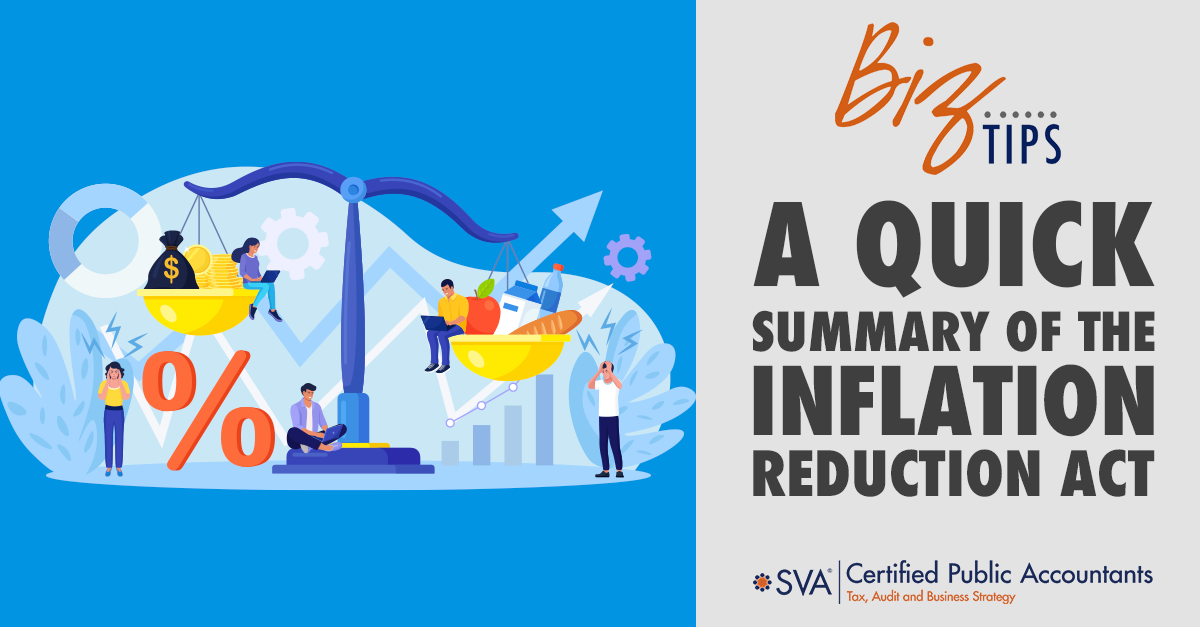 A Quick Summary of the Inflation Reduction Act

The Inflation Reduction Act (IRA) of 2022, formally called the budget reconciliation bill, was signed into law on August 16, 2022. This bill impacts a wide variety of areas, from climate to health care, but the overall goal is twofold.

First, it sets out to help reduce the burden of increased expenses for the average American. Second, the bill is aimed at decreasing the federal deficit. These conflicting goals made for an interesting bill full of compromise.

Although the bill is just a portion of President Biden’s overall social agenda, it still provides significant changes. The bill is substantial, so it is difficult to hit on everything, but some need-to-know items are addressed below.

The Affordable Care Act provided health insurance premium credits for certain taxpayers who purchased health insurance through the marketplace. The American Rescue Plan (also known as the COVID-19 Stimulus Package, passed in March 2021) extended and increased those credits. The IRA continues those tax credits for an additional three years.

The United States Department of Health and Human Services (DHHS) for the first time can negotiate Medicare drug pricing directly with pharmaceutical companies. The hope is that the government will save significant money by making this change, and consumers may see a drop in prescription drug prices through Medicare.

The Inflation Reduction Act also caps certain drug costs, including on out-of-pocket at $2,000 per year. In addition, monthly copayments for insulin are capped at $35. Any cost-sharing provisions for adult vaccinations have also been eliminated.

Many energy-related tax incentives were included in the Inflation Reduction Act, totaling $270 billion (including both new and existing provisions). Clean energy and transportation were both target areas for these benefits. 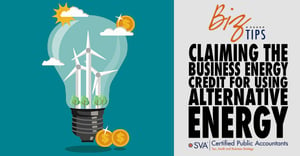 Individuals can receive up to $1,200 annually (30% of the cost) for certain energy-efficient remodeling expenses. Previously, this credit was $500 per lifetime.

The residential energy-efficient property (REEP) credit for larger items (such as solar water heaters and geothermal heat pumps) that was set to expire in 2024 was also extended.

Clean vehicles received a $14 billion tax break in the Inflation Reduction Act. The credit is up to $4,000 for used electric or hybrid plug-in vehicles or up to $7,500 for new qualifying clean vehicles. While these credits are not necessarily new, they have some new restrictions. They are limited by income, and the final assembly of the vehicle purchased must be within North America.

There are several tax increases within the Inflation Reduction Act, as an attempt to reduce the government’s deficit. Thankfully for individuals, however, these tax increases are generally aimed at large corporations.

The IRA places a new minimum tax on companies with revenues over $1 billion. This minimum functions similarly to the alternative minimum tax on individuals; it is based on whether the company would have to pay a higher tax if the traditional tax rate were imposed.

Essentially, the government will impose the higher of these two tax options. Some tax adjustments will still be permitted. All in all, this new tax change is expected to bring in an additional $222 billion to the government.

There will also be a new 1% excise tax on publicly traded companies for repurchasing corporate stock over any new issues to the public or employees. This new tax change is predicted to raise roughly $74 billion in tax revenue.

Changes to the IRS Enforcement Programs

As part of attempts to raise revenue, the IRA also added more funding to the IRS. This money is slated to be used to increase enforcement activities and operations support and for updating their current systems. This funding amounts to roughly $80 billion, which is a huge increase from their reported budget of $13.16 billion in FY 2022.

Roughly half of the funds provided to the IRS must be used to assist with collection efforts, conduct criminal investigations, monitor digital assets, and increase compliance-related activities. The Congressional Budget Office predicts that these additional resources have the potential for the IRS to collect another $124 billion in revenue.

One tax increase that will affect sole proprietors or pass-through entities has not gotten as much attention as the other changes. It is a complicated rule that affects business owners who take business losses. Essentially, it limits the taxpayer’s ability to offset investment or employment income with a business loss, even if that business owner is actively engaged in the business that created the loss.

This provision has been extended through 2028. It is predicted to add another $54 billion in revenue.

What the IRA Did NOT Do

Many of the tax increases proposed as part of the original bill did not end up getting signed into law. Below is a quick list of items you may have heard were part of the bill that did not make it into the final law.

While these changes might still occur later, they have not been enacted into law now. 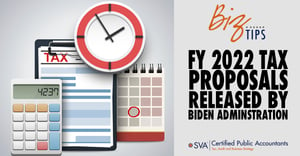 Getting Help at Tax Time

A tax professional will be able to help you plan effectively to take advantage of the credits and deductions available under the IRA and other federal laws. Now is a great time to start planning!

Eric is a Principal with SVA Certified Public Accountants with vast experience and technical knowledge in tax compliance, research, and planning. He assists corporations and partnerships with tax savings through transaction structuring, tax credits and accounting methodology. He works closely with businesses to plan their cash flow for tax liabilities through quarterly estimate planning.