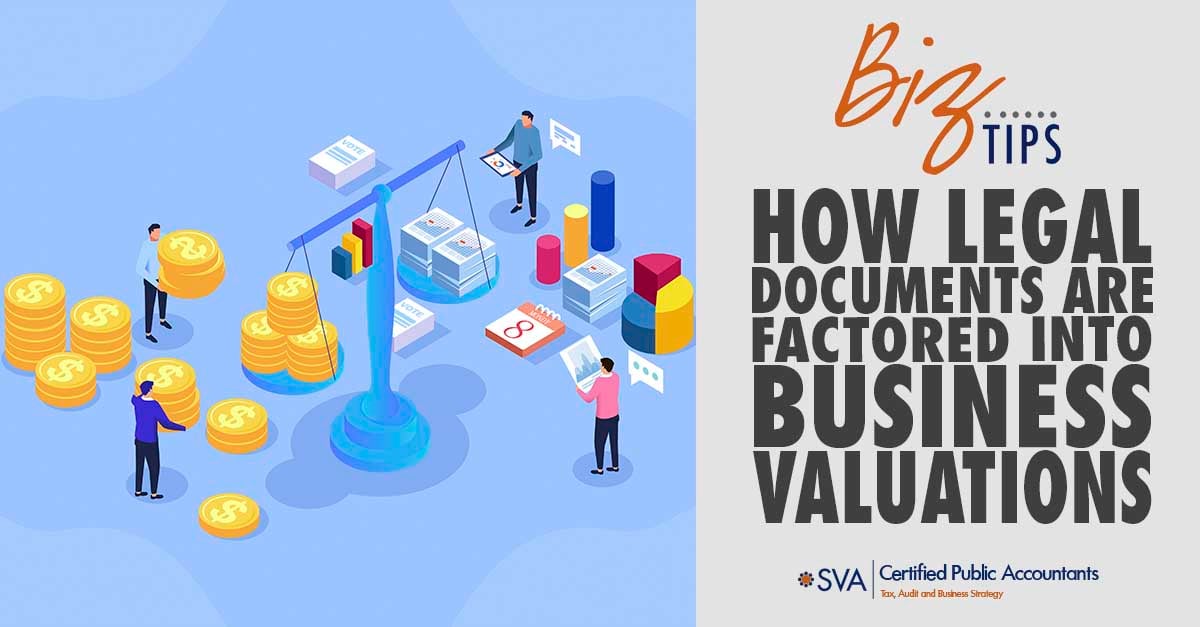 How Legal Documents Are Factored Into Business Valuations

When it comes to valuing less than a 100% interest in a business, what factors should be taken into consideration? In addition to the type of interest being valued (voting vs. nonvoting, common stock, carried, etc.), discounts for lack of control and marketability may need to be added into the equation. However, one of the most valuable sources of information lies in a business’ legal documents. These documents can provide information regarding the actual rights, powers and cash flows available to an interest in that business.

Examples of relevant documents include shareholder agreements, by-laws for corporations, operating agreements for limited liability companies (LLC’s), and partnership agreements for partnerships. If separate buy-sell agreements exist, they may need to be taken into consideration as well.

Despite being a majority interest and perhaps controlling other decisions, a discount for lack of control may be required in the valuation of that interest. For example, discounts for lack of control may be taken on business interests that lack the ability to control day-to-day operations, cash flow, or distribution of cash. A business’s legal documents may explain the structure of control and will often detail the percentage vote needed to pass certain resolutions.

Restrictions on transfer are frequently included in LLC agreements, shareholders agreements, and partnership agreements to prevent the sale of an interest in a business to someone like a competitor. In these instances, certain restrictions on transfers might exist, such as the prohibition of transfers, the requirement for approval from other owners, or the existence of a right of first refusal for other owners prior to transfer to an outside party. Exceptions to allow for transfers to family members will sometimes be stated in the agreements.

Governing documents may also limit the term of a business’s existence. It is common for the term to continue in perpetuity or for upwards of 50 years, but in certain instances a business’s term may be limited by an agreed-upon time to exit. In those instances, an appraiser must consider the likelihood the term will be extended or whether a sale or liquidation will occur at the end of the term. If a termination is likely in the near future, the marketability of an interest in that business might increase.

Some agreements include formulas to calculate a value, or even predetermined values, to be used when one owner exits the business and the remaining owners (or the business) buys the exiting owner’s interest. These buy-sell agreements can become dated quickly and may not be reflective of the fair market value of the interest at the time of a transaction.

Sometimes buy-sell agreements will state that the value of an interest to be sold should be determined by a valuation professional. If so, the verbiage regarding whether discounts for lack of control or lack of marketability should be considered is very important, but is often vague.

The terms of a business’ governing documents are particularly relevant to the valuation of an interest in that business, and may be taken into account when determining discounts for lack of control and lack of marketability, as well as other rights.

Questions about this blog? Please contact SVA for more information.

Kelly is a Principal at SVA Certified Public Accountants and focuses on the healthcare and dental industries. He provides clients with the accounting and financial services needed to run a smooth practice, as well as the consulting guidance that helps clients manage their practices more effectively.