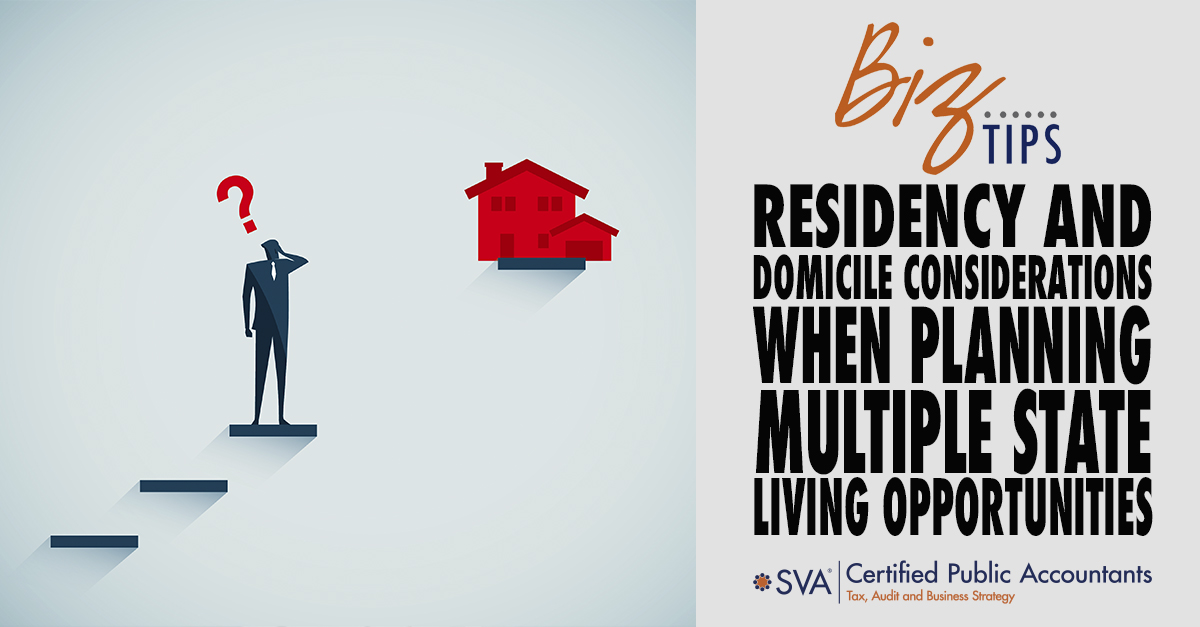 Is It Time to Get Moving (here or there)?

Many of you snowbirds are starting to return to the northern reaches of our United States. Traveling to warmer climates for the winter is a tradition for many families, as is moving to no-tax or lower-tax state upon retirement. Increasing interest in changing domicile—the location of a person’s true, fixed, principal, and permanent home—to select the best state for tax purposes is becoming more abundant.

Re-domiciling has become even more frequent during recent times as remote workers have found they can work from anywhere and as the “van- or RV-lifestyle” continues to trend.

We are often asked to give advice as to whether one should change domicile. Most often, people are thinking about the tax considerations; but there are so many non-tax considerations such as cost of living, being nearer to loved ones, and other lifestyle elements to weigh. 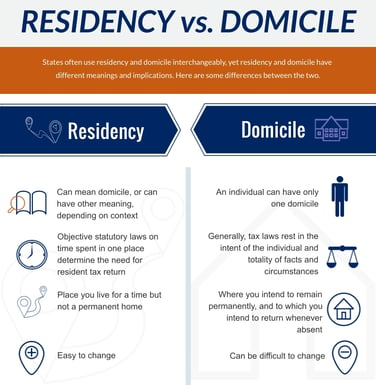 Here is some context to determine the interpretation of residency and domicile:

Because of the subjectivity and fact-intensiveness of most domicile definitions, many states have also adopted a parallel statutory definition for residency for income tax purposes using more limited, objective criteria.

Often, trying to un-domicile from one state is harder than setting up domicile in another state. Remember, states have revenue reasons to keep taxing you, and will often fight hard to keep taxing you even after you have left.

There can be some unique income tax filing considerations depending on the timing of a domicile change and the marital unit. 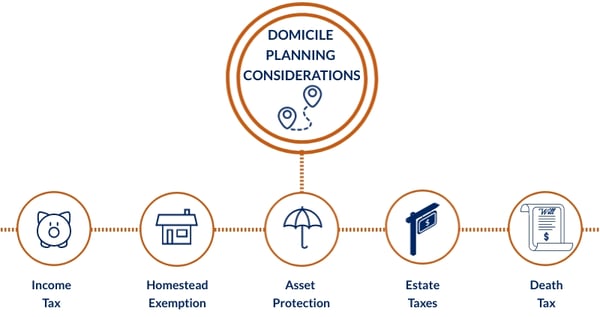 Most states that have an income tax impose their tax on worldwide income. Further, even if you are filing as a resident of one state, you may have income sourced to another state where you will need to file non-resident tax returns even if you are not domiciled there.

Impact of the Homestead Exemption

The “homestead exemption” has two applications but both can be of importance when considering a change in domicile.

States may have different marital property laws related to spousal property rights during marriage, or in case of divorce. Some are state-specific, and some are more general based on if the state is considered a community property or common law property state.

Besides income taxes/property taxes/asset protection, estate taxes can be a concern regarding domicile.

Except for real property that is located in another state, you avoid a state estate or inheritance tax if you change your domicile to a state that does not impose a state death tax.

There are, as pointed out at the beginning of this overview, a myriad of financial and nonfinancial considerations in picking a domicile.

Some we will not cover at length in this article but what could be considerations when modeling or decisioning your domicile move include:

There are many other nuances to consider and plan for that this article does not allow devotion to that should, nonetheless, be addressed when making a move.

If you are considering a change of domicile or have concerns about planning where your primary residence might be, consult with an advisor that can assist you that has the applicable expertise. Click the button below to contact an SVA professional today. We would be glad to help you.