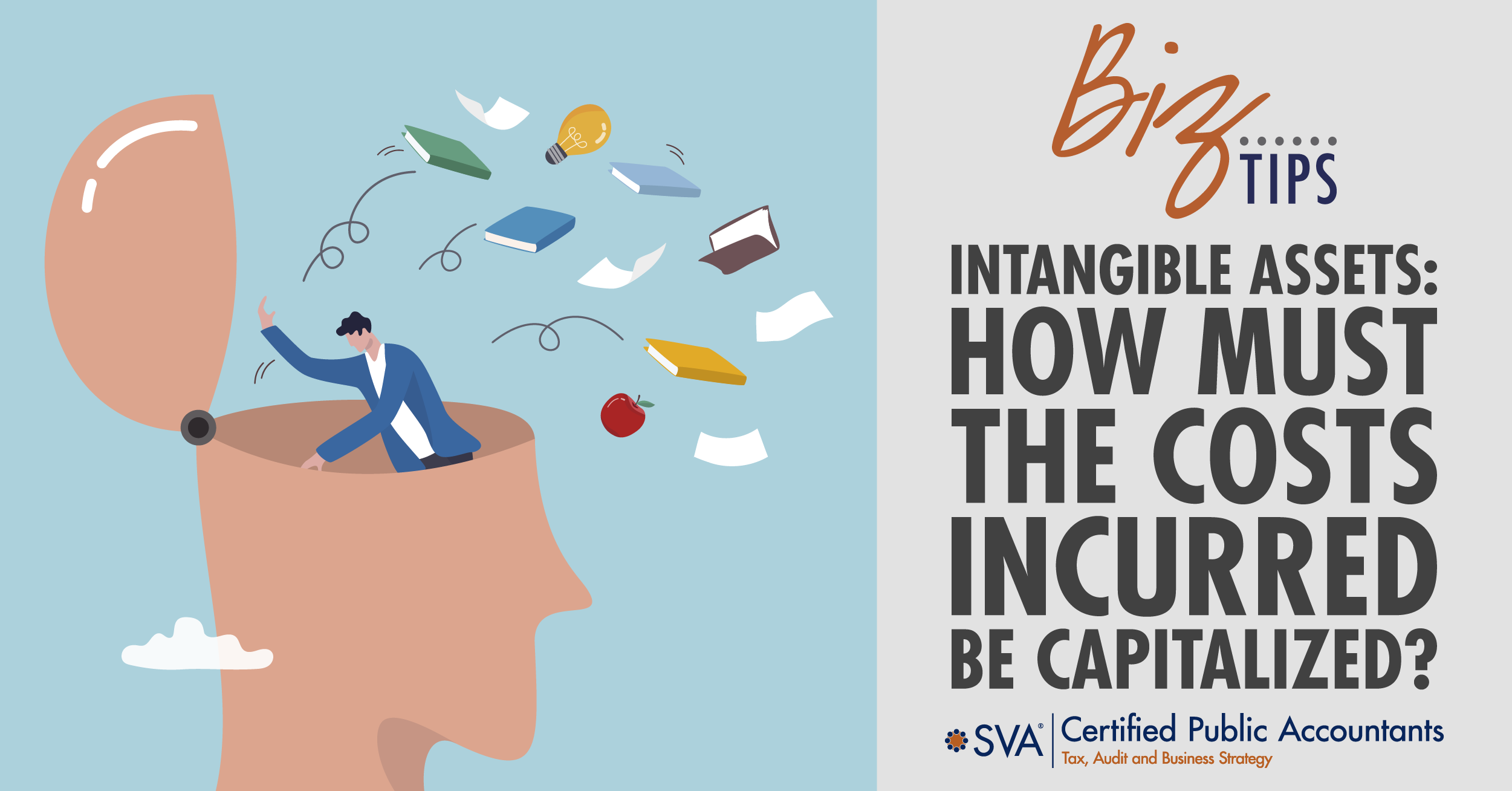 Intangible Assets: How Must the Costs Incurred Be Capitalized?

These days, most businesses have some intangible assets. The tax treatment of these assets can be complex.

What Makes Intangibles So Complicated?

IRS regulations require the capitalization of costs to:

Capitalized costs can’t be deducted in the year paid or incurred. If they’re deductible at all, they must be ratably deducted over the life of the asset (or, for some assets, over periods specified by the tax code or under regulations).

However, capitalization generally isn't required for costs not exceeding $5,000 and for amounts paid to create or facilitate the creation of any right or benefit that doesn’t extend beyond the earlier of 1) 12 months after the first date on which the taxpayer realizes the right or benefit or 2) the end of the tax year following the tax year in which the payment is made.

The term “intangibles” covers many items. It may not always be simple to determine whether an intangible asset or benefit has been acquired or created.

Here are just a few examples of expenses to acquire or create intangibles that are subject to the capitalization rules:

The IRS regulations generally characterize an amount as paid to “facilitate” the acquisition or creation of an intangible if it is paid in the process of investigating or pursuing a transaction. The facilitation rules can affect any type of business, and many ordinary business transactions.

Examples of costs that facilitate the acquisition or creation of an intangible include payments to:

The Financial Reporting Manual: A How-To Guide for Small to Medium-Sized Businesses

Are There Any Exceptions?

Like most tax rules, these capitalization rules have exceptions. There are also certain elections taxpayers can make to capitalize items that aren’t ordinarily required to be capitalized.

The above examples aren’t all-inclusive, and given the length and complexity of the regulations, any transaction involving intangibles and related costs should be analyzed to determine the tax implications.

Need Help or Have Questions?

Contact us to discuss the capitalization rules to see if any costs you’ve paid or incurred must be capitalized or whether your business has entered into transactions that may trigger these rules. You can also contact us if you have any questions.