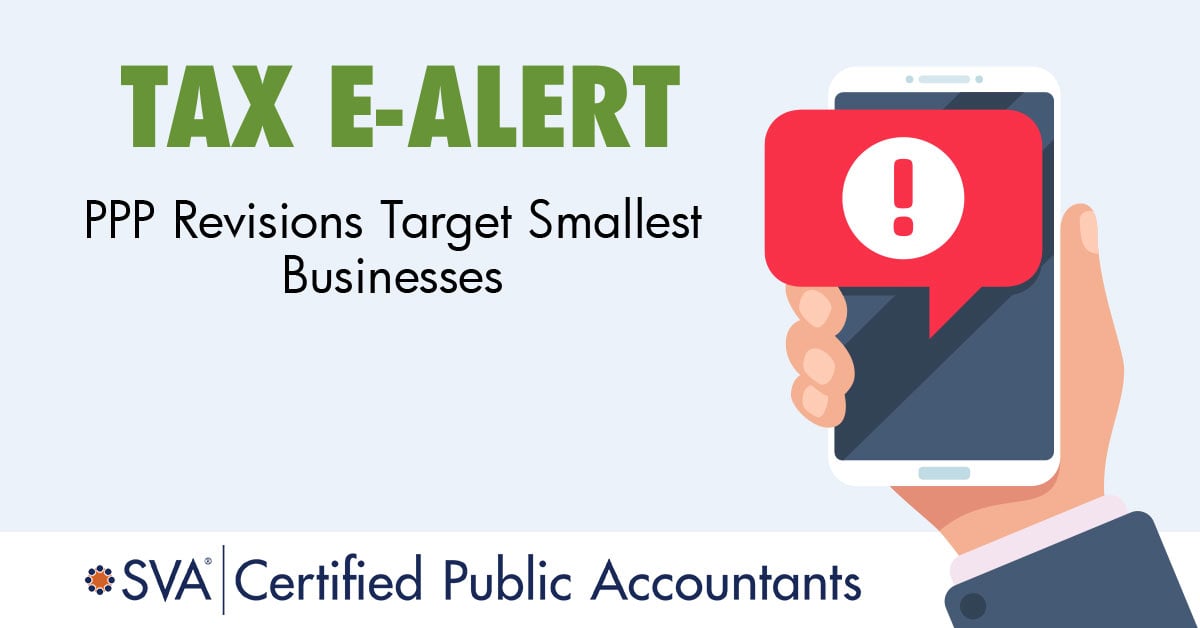 The Biden administration has announced several reforms to the popular Paycheck Protection Program (PPP) to bring greater relief to the smallest and most vulnerable businesses.

Among other things, the administration is imposing a two-week moratorium on loans to companies with 20 or more employees and focusing on smaller businesses. It’s also changing several program rules to expand eligibility for the 100% forgivable PPP loans.

The PPP in a Nutshell

The CARES Act, passed in the early days of the COVID-19 pandemic, established the PPP to help employers cover their payrolls during the resulting economic downturn. The program is open to almost every U.S. business with fewer than 500 employees — including sole proprietors, self-employed individuals, independent contractors and nonprofits — affected by the pandemic.

Generally, the loans are 100% forgivable if the proceeds are allocated to at least 60% payroll costs. While eligible nonpayroll costs initially were limited to mortgage interest, rent, utilities and interest on any other existing debt, the Consolidated Appropriations Act (CAA), enacted in late December 2020, expanded the qualifying nonpayroll costs. They now include, for example, certain operating expenses and worker COVID-19 protection expenses.

The CAA also provided another $284 billion in funding for forgivable loans for both first-time and so-called “second-draw” borrowers. The second-draw loans are restricted to smaller and harder hit businesses.

In addition, the CAA established a simplified, one-page forgiveness application for loans up to $150,000. It clarified that PPP borrowers aren’t required to include any forgiven amounts in their gross income for tax purposes and that borrowers can deduct otherwise deductible expenses paid with forgiven PPP proceeds.

The Impetus for the New Changes

According to the Small Business Administration (SBA), the new reforms are intended to ensure equity in the program. The SBA says a “critical goal” of the latest round of PPP funding in the CAA was to reach small and low- and moderate-income (LMI) businesses that hadn’t yet received needed relief.

Under current policies, though, the second round has distributed only $2.4 billion of a $15 billion set-aside for small and LMI “first-draw” borrowers. The SBA says this is, in part, because a disproportionate amount of funding in both wealthy and LMI areas is going to businesses with more than 20 employees. The Biden administration hopes to remedy that disparity with the announced revisions.

The SBA has established, beginning February 24, 2021, a two-week exclusive PPP loan application period for businesses and nonprofits with fewer than 20 employees. The restriction aims to give lenders and community partners more time to work with these applicants, which often struggle to collect the necessary paperwork and secure loans. Larger PPP-eligible businesses need not worry about missing out. The SBA says that they’ll still have time to apply for and receive support before the program is set to expire on March 31, 2021.

The current formula is based on net profits. As a result, many of the smallest businesses — sole proprietors, independent contractors and self-employed individuals — were excluded from the PPP. The administration is revising the formula to focus instead on gross revenue. That means solo ventures that don’t show net profits on their federal tax returns nonetheless can receive PPP loans. The administration also will set aside $1 billion for businesses in this category without employees located in LMI areas.

3. The Elimination of the Non-Fraud Felony Exclusion

The existing rules restrict PPP eligibility based on criminal history. A business is ineligible for PPP funding if it’s at least 20% owned by an individual with either 1) an arrest or conviction for a felony related to financial assistance fraud in the previous five years, or 2) any other felony in the previous year. To expand access, the administration is adopting some of the proposals in a bipartisan bill in Congress dubbed the Second Chance Act. Specifically, it will eliminate the one-year lookback for any kind of felony unless the applicant or owner is incarcerated at the time of the application.

4. The Elimination of the Student Loan Exclusion

Current rules prohibit PPP loans to any business that’s at least 20% owned by an individual who’s delinquent or has defaulted on a federal debt within the previous seven years. Federal student loans fall within the definition of such debt. The pandemic has only exacerbated the number of Americans who are delinquent on their student loans. The SBA will work with the U.S. Departments of Treasury and Education to remove the student loan delinquency restriction to broaden PPP access.

The CARES Act is clear that all lawful U.S. residents can apply for PPP loans. Lack of guidance from the SBA, though, has created inconsistent access for lawful U.S. residents who are holders of Individual Taxpayer Identification Numbers (ITIN), such as Green Card holders and those in the United States on a visa. The SBA will issue new guidance to address this problem. The guidance will state that otherwise eligible applicants can’t be denied access to PPP loans solely because they use ITINs when paying their taxes.

Congress is currently debating the Biden administration’s proposed $1.9 trillion COVID-19 relief package, known as the American Rescue Plan. That bill doesn’t specifically address the PPP but includes $15 billion in grants to help small businesses, $35 billion in small business financing programs, and unspecified aid to restaurants, bars and other businesses that have suffered disproportionately.

We’ll keep you updated on any additional relevant changes to the PPP, as well as developments regarding the next round of pandemic relief.