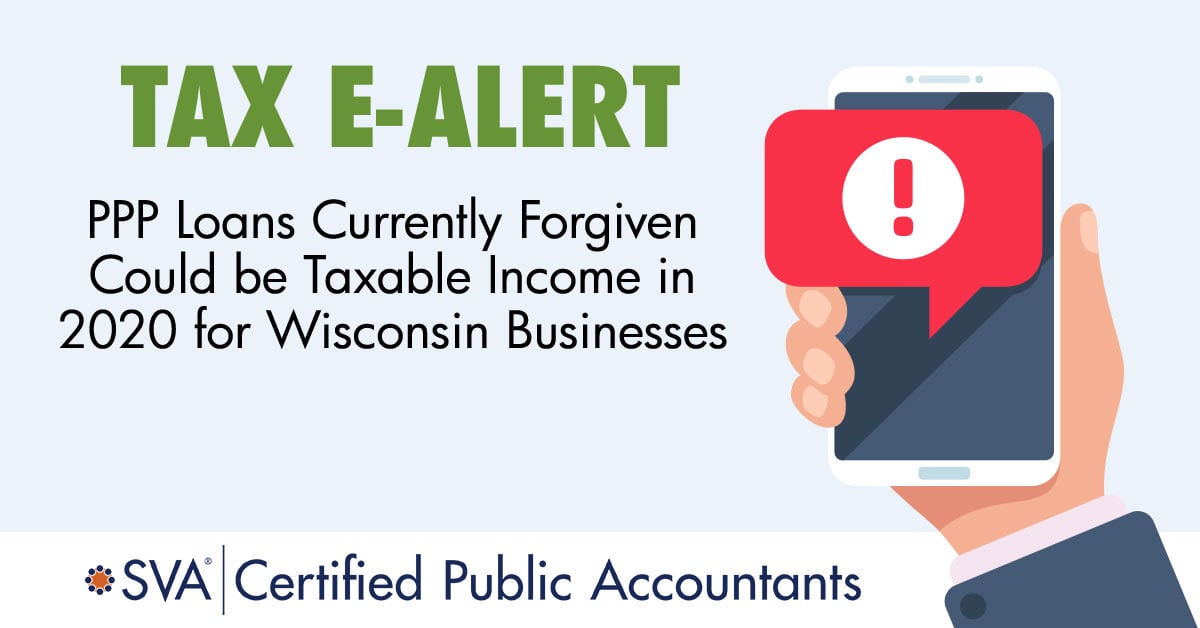 The PPP loan forgiveness process will currently lead to taxable income for Wisconsin businesses. If Wisconsin doesn’t pass new legislation to accept the federal deductibility rules for PPP, most Wisconsin businesses won't be able to deduct certain expenses from their state taxable income in 2020, effectively increasing their tax liability. Without action, the PPP loan proceeds that were forgiven will be treated as taxable income. This was not the intent of the CARES Act passed by the federal government on March 27, 2020 and adopted by Wisconsin on April 15, 2020.

According to the SBA, over 89,000 Wisconsin businesses were approved for a total of approximately $9.9 billion in PPP loans. If we assume 70% of the loans ($6.9 billion) are forgiven, that would translate into a tax bill for Wisconsin businesses of about $500 million. Congress intended for PPP loans to be a tax-free lifeline to small businesses harmed by the pandemic. If no Wisconsin legislative action occurs before April 15th, businesses who received PPP loans will be required to pay state taxes on those forgiven loans. This tax bill could hit as early as your 2020 tax return.

In March, the federal government passed a bill and Wisconsin accepted, which created a Wisconsin law making Wisconsin’s tax treatment the same as the IRS. As a result of this process, the PPP loans forgiven would not be taxable income for that cancellation of debt.

Then the IRS provided federal guidance regarding the deductibility of expenses that businesses used to support their loan forgiveness.

Following the IRS rules can be confusing so here is the bottom-line issue business owners need to be concerned with. The intent of the CARES Act was that the PPP loans forgiven would not be taxable to the recipients. As a result of the IRS’s commentary not matching the intent, the federal government needed to adjust the law. Just as the federal government needed to make a legislative law change to overcome current deductibility, Wisconsin and other states need to do the same to avoid the taxability of the forgiven PPP loan proceeds.

As of January 21, 2021, Wisconsin has not enacted any corrective legislation. SVA has been working with our clients on the PPP loan process and can help you navigate the Wisconsin taxable income impact, as well as the forgiveness calculations for your PPP loans.