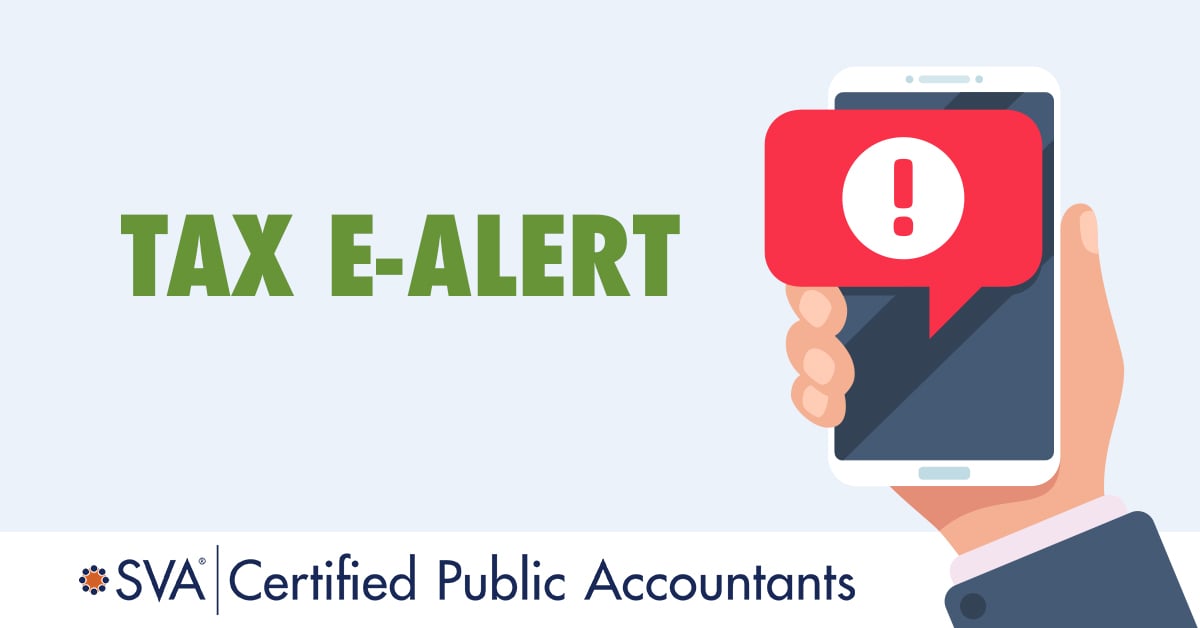 The IRS has some good news for certain taxpayers — it’s lowering the threshold that subjects taxpayers to underpayment penalties if their 2018 federal income tax withholding and estimated tax payments came in under their actual tax liabilities for the year. The waiver recognizes that the Tax Cuts and Jobs Act’s (TCJA’s) overhaul of the federal income tax regime made it difficult for some taxpayers to determine the proper amount to have withheld from their paychecks or include in their quarterly estimated tax payments for 2018.

Many taxpayers started seeing more money in their paychecks in February 2018, after their employers made adjustments based on the IRS’s updated withholding tables. The revised tables reflected the TCJA’s increase in the standard deduction, suspension of personal exemptions, and changes in tax rates and brackets.

The TCJA roughly doubles the 2017 standard deduction amounts to $12,000 for single filers and $24,000 for joint filers in 2018. It also eliminates personal exemptions, which taxpayers previously could claim for themselves, their spouses and any dependents. In addition, it adjusts the taxable income thresholds and tax rates for the seven income tax brackets.

But, as the IRS cautioned when it released the revised withholding tables, some taxpayers could find themselves hit with larger income tax bills for 2018 than they faced in the past. This is because of some of the changes described above, as well as the reduction or elimination of many popular tax deductions. The tables didn’t account for the reduced availability of itemized deductions (or the suspension of personal exemptions).

For example, taxpayers who itemize can deduct no more than $10,000 for the aggregate of their state and local property taxes and income or sales taxes. Itemizing taxpayers also can deduct mortgage interest only on debt of $750,000 ($1 million for mortgage debt incurred on or before December 15, 2017) and can’t deduct interest on some home equity debt.

The higher standard deduction and expansion of family tax credits may offset the loss of some deductions and the personal exemptions. Indeed, the IRS predicts that most 2018 tax filers will receive refunds.

Taxpayers, however, generally can’t be certain how the numerous TCJA changes will play out for them, putting them at risk of underpayment penalties for 2018. The Government Accountability Office last year estimated that almost 30 million taxpayers will owe money when they file their 2018 personal income tax returns due to underwithholding. Those particularly at risk include taxpayers who itemized in the past but are now taking the standard deduction, two-wage-earner households, employees with nonwage sources of income and taxpayers with complex tax situations.

The tax code imposes a penalty (known as a Section 6654 penalty) if taxpayers don’t pay enough in taxes during the year. The penalty generally doesn’t apply if a person’s tax payments were:

Taxpayers generally can also avoid the underpayment penalty if they owe less than $1,000 in additional tax after subtracting their withholding and refundable credits.

The IRS’s waiver lowers the 90% threshold to 85% — the IRS won’t penalize taxpayers who paid at least 85% of their total 2018 tax liability. For those who paid less than 85%, the IRS will calculate the penalty as it normally would.

To request the waiver, a taxpayer must file Form 2210, “Underpayment of Estimated Tax by Individuals, Estates, and Trusts,” with his or her 2018 federal income tax return.

The IRS already has indicated that it will issue refunds despite the government shutdown that has furloughed about 800,000 federal workers. The IRS is recalling some of its furloughed employees and plans to have about 46,000 of its employees back on the job in the coming days. Those employees represent only about 57% of its total workforce. These employees will be using newly updated systems and forms, which could result in further delays. In addition, they could face an onslaught of questions from taxpayers confused by the TCJA changes.

Moreover, the recalled employees won’t be paid during the shutdown, and declines in morale may hurt productivity. Unpaid workers at other federal agencies have called in sick at higher rates than usual since the government’s partial closure, and the union that represents IRS employees has sued the Trump administration over the pay issue.

The underpayment penalty waiver is effective only for 2018. The IRS is urging taxpayers to review their withholding now to ensure that the proper amount is withheld for 2019, especially taxpayers who end up owing more than expected this year. If you have questions regarding the waiver, please don’t hesitate to call us.