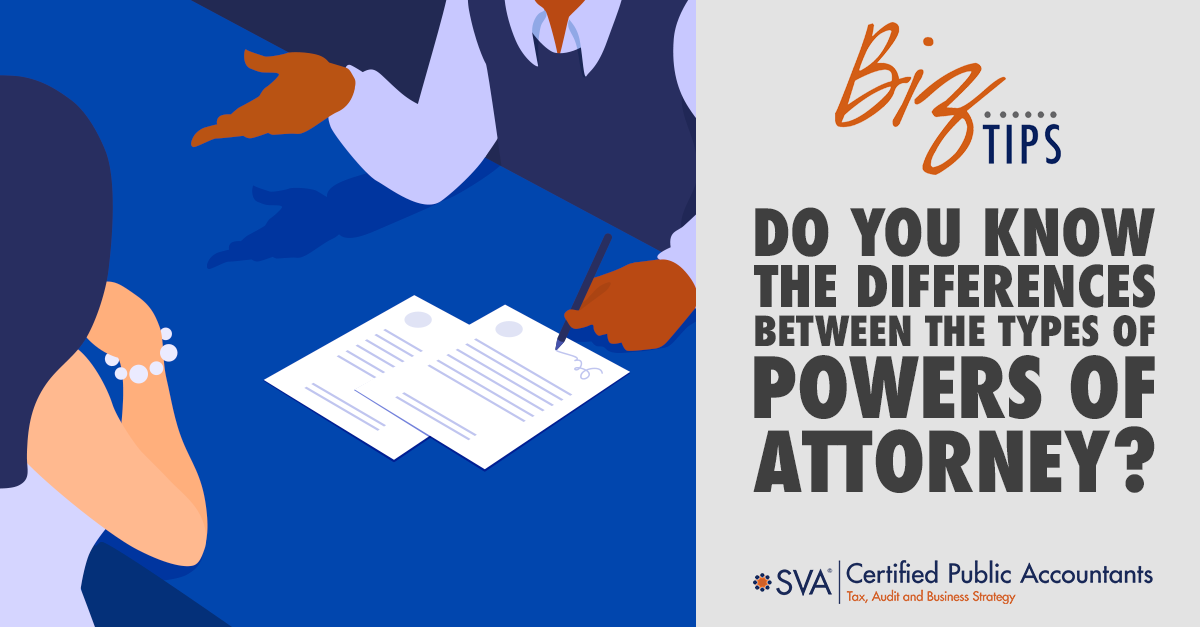 Do You Know the Differences Between the Types of Powers of Attorney?

A power of attorney is a legal contract that authorizes someone to act on behalf of another. The person designated to act is known as the agent or attorney-in-fact and has a fiduciary duty to act in the best interests of the other. The other person is known as the principal.

Your financial or medical care could be hindered without the proper power of attorney documents in place. Third parties are reluctant to take direction from those who do not have the legal authority to make decisions on your behalf.

Types of Powers of Attorney

Special or Limited Power of Attorney 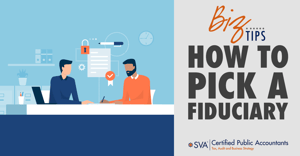 RELATED BIZ TIP: How to Pick a Fiduciary

If you have questions on your estate planning specifics, give us a call. We are here to help.