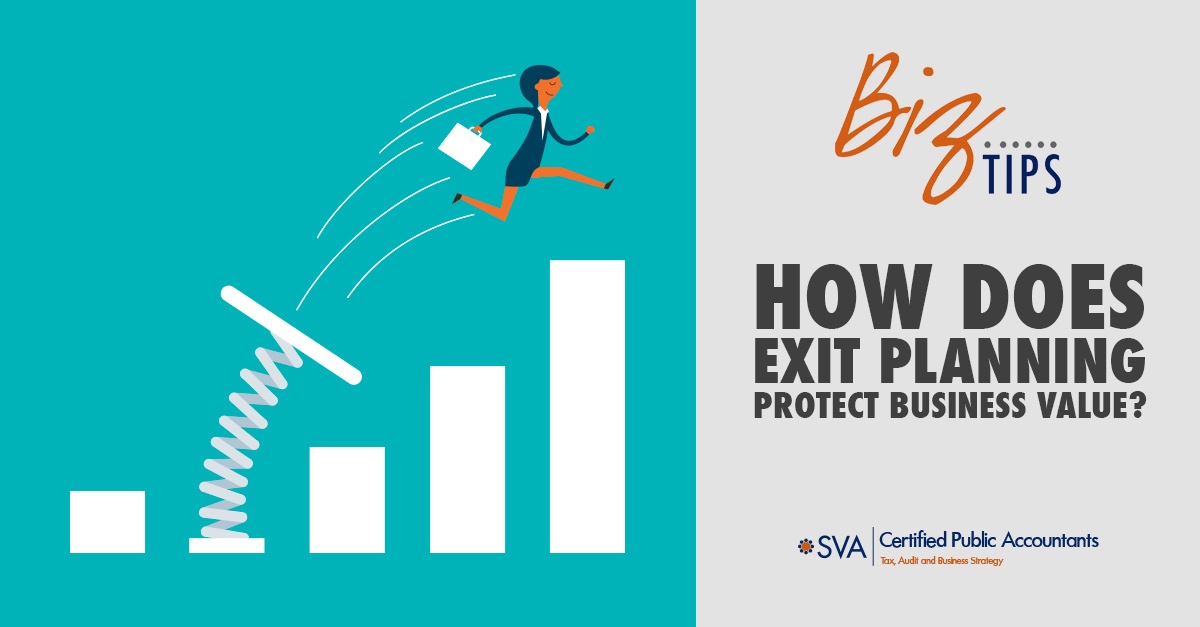 When you set about starting your business, you likely had big goals and expansive dreams about its success. Whether success meant having an impact on your community, making as much money as possible, or something else, you probably wanted your business to become the ideal firm in your market.

Does this mean that hiccups, stalls, or unforeseen failures in the growth of your business’ value will directly affect your business exit? While that can be true, proper planning helps mitigate those kinds of fluctuations. 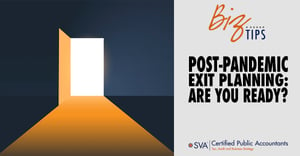 Wendell began by investing heavily in equipment and hired a slew of employees to keep up with the high housing demand. He typically found himself working 60-hour weeks. The only advisor he spoke to was his CPA, and he only spoke to her during tax season. Despite his CPA’s suggestions, he did not consider converting his corporation to an S corporation, saying that he’d do it later after he built his business’ value. He figured hard work and dirt under his nails got him this far, so it would also bring him to a successful retirement.

Aspen began by speaking to her CPA, alerting him of her desire to exit within 8–10 years. Her CPA directed her to an Exit Planning Advisor, who suggested that she begin installing a strong management team, complete with incentive programs and covenants not to compete.

Over five years, Aspen went from working 60-hour weeks to 30-hour weeks. Her Exit Planning Advisor also connected her with a tax specialist—who helped minimize her taxes on income and convert her C corporation to an S corporation—and a business broker, who helped her buy two smaller competitors to broaden her market share. She hired a management coach to identify and train four key employees who could either buy or run the company when she was ready to exit. 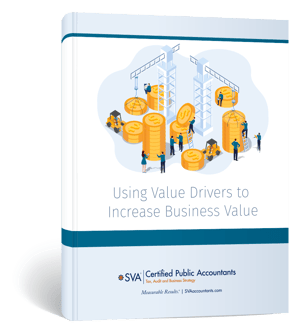 In 2008, both companies were hit by the Great Recession.

Wendell’s cash flow fell dramatically. He was forced to lay off most of the people he had hired several years earlier. The equipment he’d invested in often sat unused. Although his business was valued at just $6 million, he took it to market because he was tired of working 60-hour weeks. The best offer he got was for $5.5 million, which resulted in a $2.25 million payout.

Aspen’s company felt pain during the recession, but her layoffs were minimal, thanks to the cash she had saved through strategic tax planning. The two companies she bought years earlier increased her business’ value to $15 million, and her strong management team made her company attractive to buyers despite the Great Recession. Her conversion to an S corporation lowered the taxes on her company’s sale. In 2010, she exited her business with $10 million post-tax.

Past success rarely predicts future performance. Much can happen between when you decide to exit your business and when you actually exit. If planning for and minimizing the hiccups, stalls, and unforeseen failures in the growth of your business’ value is important to you, please contact us today.

The information contained in this article is general in nature and is not legal, tax or financial advice. For information regarding your particular situation, contact an attorney or a tax or financial advisor. Any examples provided are hypothetical and for illustrative purposes only. Examples include fictitious names and do not represent any particular person or entity.

Nancy is a Principal with SVA Certified Public Accountants and helps clients improve their company profitability and protects their interests by clearly understanding their future goals. She works closely and proactively with clients with an emphasis in business and income tax planning and financial reporting.