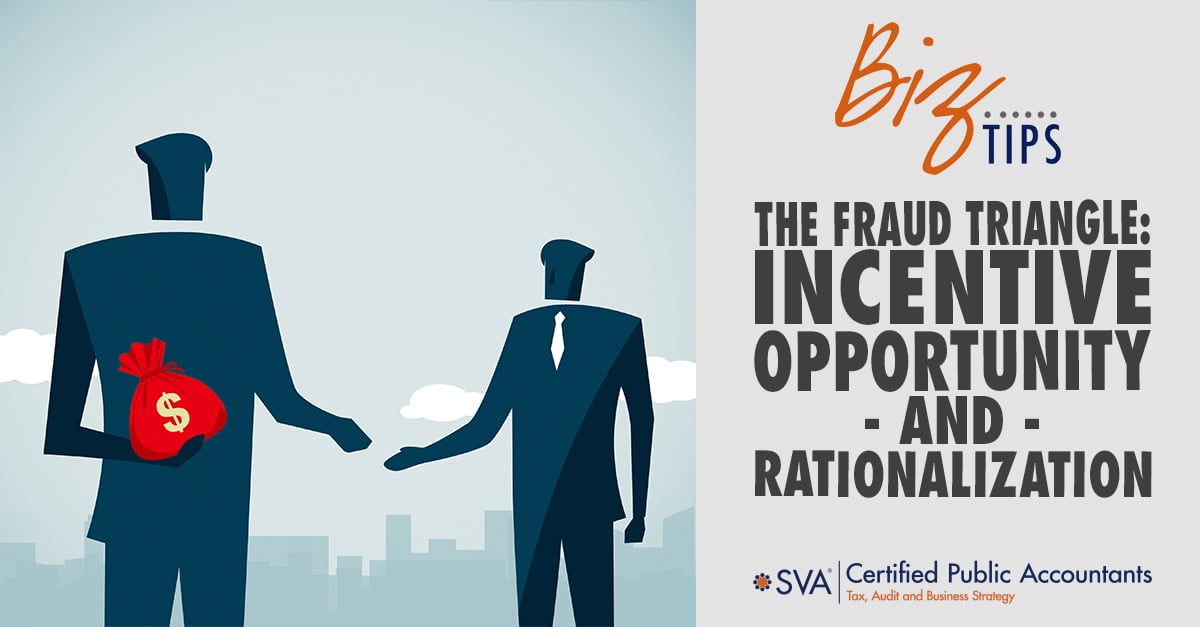 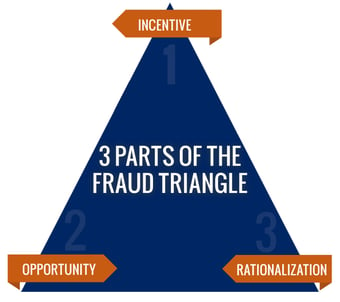 What is the Fraud Triangle?

The fraud triangle represents the factors that go into a person’s decision to commit fraud in the workplace. Developed by Dr. Donald Cressey, this model focuses on his research of people who were caught embezzling.

Most individuals who commit occupational fraud are not life-long criminals. For most, this is their first criminal act. What makes them suddenly commit a crime such as fraud? Let’s explore the three parts of the fraud triangle: Incentive, Opportunity, and Rationalization.

BIZ TIP: Does Your Company Have an Effective Anti-Fraud Policy?

3 Parts of the Fraud Triangle

Dr. Cressey found in his research that all three components of the fraud triangle must be present for an ordinary person to commit fraud.

The first leg of the triangle is the incentive or pressure to commit the crime.

What motivates a person to commit fraud? The person is looking for ways to solve their financial problems. Examples of financial issues include the inability to pay bills, having a drug or alcohol addiction, or wanting status, such as a bigger house or fancy car.

The second leg of the fraud triangle is the opportunity, also called perceived opportunity.

At this point, a person identifies ways to commit fraud with the lowest amount of risk. Here are a few examples of fraud opportunities:

The third leg of the triangle is rationalization.

After identifying their motivating factors and opportunities to commit fraud, perpetrators must then rationalize that they are doing the right thing. Again, most first-time offenders don’t see themselves as criminals, just regular people caught in a bad situation. Examples of rationalizations are: 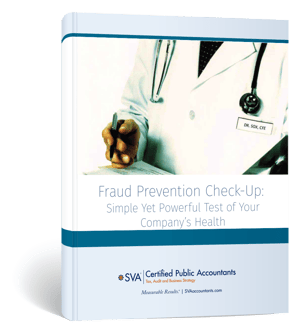 Unfortunately, fraud is a common occurrence in business. It is difficult to stop all instances of fraud. Knowing the thought process behind those who commit these crimes may help companies implement strategies to reduce fraud in the future.